My call, once again, for American men to hit the dirt in Europe 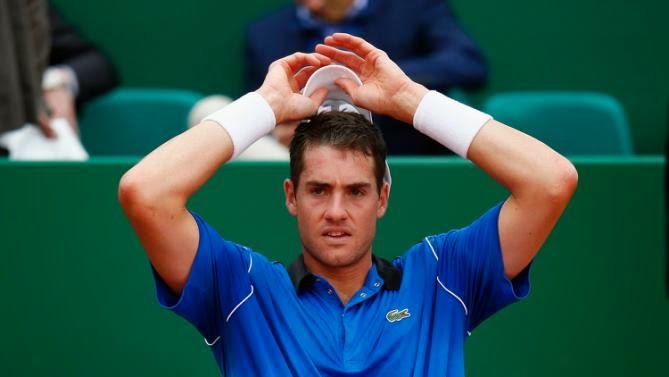 I hope I don't sound like too much of a broken record on this one, but I just can't figure out why the top American men don't play a heavier schedule on the red clay in Europe.

I know that that's a long way from home base. I know there are finances involved. I know that there's the inclination to save oneself for the faster surfaces. But there's so much potential there to do well on the clay, and pick up points and prize money.

Jack Sock just won the U.S. Clay Court Championships and did so in quite impressive fashion, counting among his wins Roberto Bautista Agut—no slouch on the clay at all. Why couldn't Sock hit Munich?

I think if there was ever a surface built for current U.S. number-one John Isner, it's clay. He's battled Rafael Nadal to the brink on it a couple of times, and beaten Roger Federer. I'd think he could've made a dent in that Istanbul draw if he'd played.

It might sound crazy, but I think an American male of this generation could have a better shot at going deeper at the French than Wimbledon. They can't follow the Courier/Agassi/Sampras/Chang model of showing up for the big warm-ups, either winning them or going deep in the draw, then advancing far at Roland Garros, mainly because those four are among the greatest players of all time.

If the commitment's there from this current crop, though, the results will come.