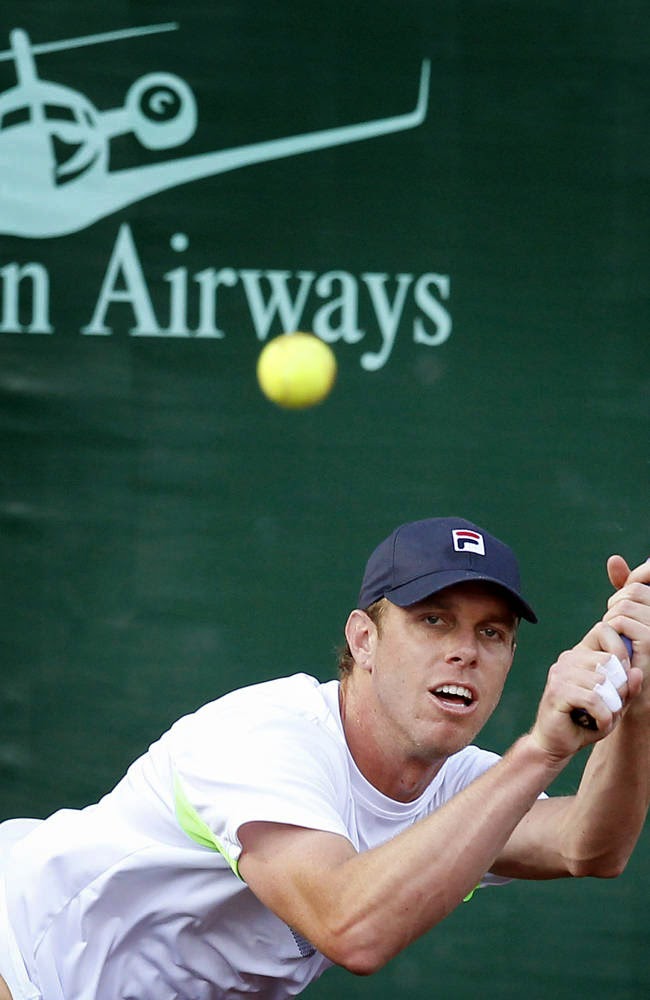 Earlier this year, I wrote an article stating that U.S. men's tennis is actually in alright shape—or at least that there's cause for optimism.

But now, but now (I had to type it twice for extra emphasis!) I just don't know.

All doesn't have to be lost, though. Why just tonight, in fact, I've come up with two ways that the fates and fortunes of the U.S.-born can improve. And since the whole point of a blog is to share your thoughts, here they are:

1. Make the Commitment
Someone's going to have to do this: the second that their U.S. Clay Court Championship run is over, they have to hop on a plane and go to Europe.

And stay there. At least until their Wimbledon run is over.

Of course, being away from home will be hard. But to be the best, one must go against the best first, and the best players are all playing abroad. Showing up three weeks into the clay-court season is a wasted effort as it takes much longer to get acclimated to the different playing conditions, from surfaces to weather.

Every American male within the top 100 should be overseas at least by now.

I'm not privy to anyone's bank accounts, but from what's been noted, John Isner and Sam Querrey, at least, are able to sustain themselves comfortably for a couple of consecutive months in Europe. In the past, all-time greats from John McEnroe to Pete Sampras to Andre Agassi to Andy Roddick could show up late because of their sheer talent. There's no one like that among the current crop of Americans, but hard work and sacrifice could make a world of difference.

And the old adage of "Americans can't play on clay" is hardly true anymore as both Isner and Querrey have won titles on the dirt. In fact, they're probably better suited for clay now than grass.

The truth is, no one can be forced to go over if they don't want to. But if that's going to be the case:

2. The U.S. Needs to Establish a Clay-Court Circuit
The Clay-Court Championships are it. One ATP World Tour tournament in the U.S. on the game's most prevalent surface. That's a poor testament to the importance of helping the game grow in the American consciousness.

There are tournaments being played on Har-Tru on the Challenger circuit, but the level of competition—while fierce—isn't what you'd find at this week's ATP World Tour event in Munich, for instance.

What if one or two more ATP events were held on Har-Tru? Then, players could stay home and work on their groundstrokes while playing matches that count. And while the green clay here isn't as tricky as the red dirt, at least a better semblance of timing is being established over the course of a few weeks. Plus, green clay tournaments would attract players from South America and smaller countries on this side of the hemisphere.

There's no need for anyone to worry about saving themselves for Wimbledon because the fact of the matter is that Americans are better suited for clay then grass by far nowadays. Get out on the dirt, hit big kick serves and forehands, and win matches. Doing that while being closer to home will build a semblance of confidence before heading abroad. Playing matches that count are better than practice sets anyway.

It's almost become cliche that American men are having some struggles. But maybe it'll just take getting down and dirty to hit the heights once again.