Old dudes Haas and Stepanek getting it done in Shanghai 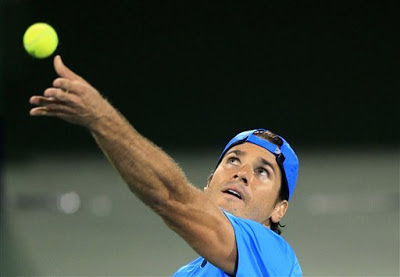 Look at that quarterfinal lineup in Shanghai: There are guys out there in my age group among them!

Probably the most unlikely of them are Radek Stepanek and Tommy Haas, both who notched impressive wins over John Isner and Janko Tipsarevic, respectively. The veterans are both former top tenners and are some of the best ball strikers on tour still after all these years.

Their games are a bit of a throwback and a welcome change to see. Steps and Haas can battle from the back of the court and if you don't watch out they'll sneak up and knock off a volley or two—or 10 or 20.

It's been an interesting season for both of them: Haas rebounded from surgery and is at 21 in the rankings right now. Stepanek's singles season hasn't been that great but he's had an amazing year on the doubles court, kicking 2012 off with a bang by winning his first Grand Slam title, the Australian Open, with Leander Paes.

Now they're both in the quarters of a Masters Series 1000 event. Finishing this strong can be a boon for the start of '13—and possibly throughout next year, too.