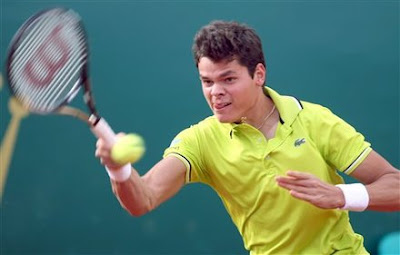 Easy. With a serve that big, you can beat anyone. Anywhere.

Of course, there are more nuances to it than that. But with the way the men's game is nowadays, clay could be considered the most wide-open surface out there. Just look at what John Isner has done in Davis Cup on the dirt. Perhaps as recently as five years ago, you'd see a big hitter in the mold of Raonic getting eaten up by someone who's won more than 10 titles on clay like Almagro has, but that's no longer the case.

And I promise this is the last time I type this (until the next time I type it!): American men should view the French Open as an opportunity and do everything they can to get ready for it, which means playing more in Europe. The surface is just as favorable to the big hitters. If the footwork's not tight or the condition acclimation is off, that is what'll leave them high and dry.

I'll hop off my soapbox there and give props to Raonic: very well done. 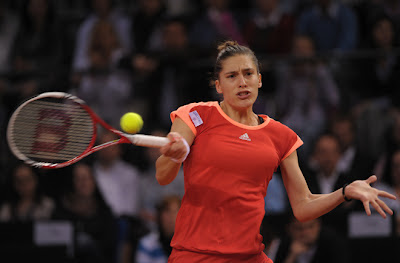 Tomorrow at the Porsche Tennis Grand Prix in Stuttgart, world number-one Victoria Azarenka takes on number 12 Andrea Petkovic in the second round. Of course, this would've had the makings of a final only a few months ago, but Petkovic's rise up the rankings was slowed by injury and this is her first bit of tournament action in a while. (She did play Fed Cup over the weekend.) In her time off the tour, Azarenka's already had a season for the ages--going undefeated to start the year until her quarterfinal loss in Miami. That's the last tournament she's played before making this her clay-court debut of the year. And while clay isn't her best surface, looking at her career tournament wins, Azarenka is no slouch on the dirt. The same can be said of Petkovic, too, but the rust of being off tour for a while might be too much for her to overcome--combined with going against Azarenka, too! Still, it's as good a gauge as any, facing the top-ranked player, on seeing where your game is and one Petkovic, the hometown favorite in this match, can use going forward in the months ahead as she makes her comeback. (Photo: Getty Images) 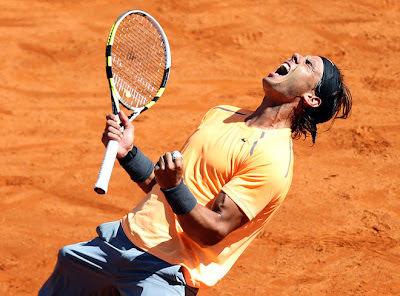 Well, there's nothing like a little Monte Carlo to make things all right again for Rafael Nadal.

For the second year in a row, he won the Masters 1000 event for his first title of the year, this time beating world number-one Novak Djokovic in the final. And this particular event is where he's been the most prolific in his career as this year's edition was his eighth consecutive title in Monaco.

Now it's on to Barcelona, where he's also done pretty good--he's won there six times in the past seven years. Andy Murray and David Ferrer are probably the players best-suited to disrupt that run in the ATP 500 tournament, but maybe not too much.

Expect Rafa to run pretty rampant through the field in Spain. It'll be interesting to see what happens when it gets to the Masters 1000 events in Rome and Madrid. But tearing through the red clay is nothing new to Rafa, and more than likely he will do the same this season. 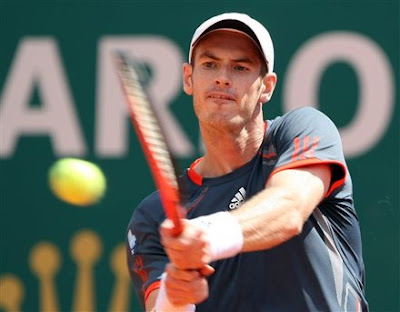 Looking ahead to tomorrow's action in Monte Carlo shows some intriguing matchups on the horizon. I know that there's been a lot of talk about Monte Carlo going down in quality over the past few years as far as player participation goes, but I think this is a great field with great players left--and possibly great matches ahead.

With all those "greats" in the last sentence, the tournament has to be good, right?

Look at what's coming up:

Andy Murray vs. Julien Benneteau, Fernando Verdasco against Jo-Wilfried Tsonga, Novak Djokovic facing off with Alexandr Dolgopolov, and Kei Nishikori taking on Tomas Berdych. And that's just a little bit of the Round of 16.

Premier matchups all around, worthy of a Masters Series 1000 event. 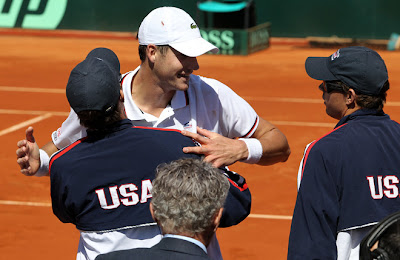 Just kidding there: Of course, there's more for me to say on the matter!

I've said, though, time and time and time again that American pros should not dread the clay-court season. If there's the perception that they all play aggressively and want to be the ones to force the issue, then there's no better opportunity to do that then on clay.

Take a look at what happened this weekend: Serena Williams blitzed her semifinal and final opponents at the Family Circle Cup, and John Isner led the U.S. to a quarterfinal win over France in the Davis Cup with two singles victories--on the red clay of Monte Carlo, no less!

And when it comes to big hitting, there aren't many players out there that do it bigger than those two.

But they're not the only ones: Venus Williams, Mardy Fish, Andy Roddick, etc. They should all be playing as many clay-court events as possible. The conditions of the surface and style of play have never been more in their favor.

Now is the time to keep on taking advantage of that.

Feats of clay ahead for Venus and Serena? 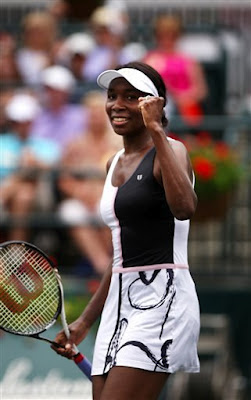 The WTA Tour's in Charleston this week for the prestigious Family Circle Cup. I say "restigious" because it's just one of those tour stops that you seem to have grown up with or can't ever imagine not being around.

Anyway, pardon my nostalgic leanings there!

The field, as always, packs a lot of star power and perhaps no bigger names than Venus and Serena Williams; landing both of them is always a boon for a tournament.

What's most intriguing, though, is the way they're playing heading in. Venus got herself back in the top 100 with a strong run to the quarterfinals in Miami. It looks like that providing her health up, she can go even higher up the standings. What might be shocking about Serena in Miami is the fact that she didn't win as that's usually her spot to bag titles. Still, a quarterfinal run in her first event in more than a month isn't that bad a result.

Now comes the clay-court stretch. I think it gets overlooked somewhat, considering all the Wimbledon and U.S. Open titles between them, but they're quite good on the dirt. Actually, that's really understating it: Serena's a former French champ and Venus has won her share of big titles on the clay.

They both say they're extra-motivated right now. Provided their health holds up, there's the potential to do some real damage. And maybe that will see them get even higher in the rankings.

Novak Djokovic is back to making it look easy again 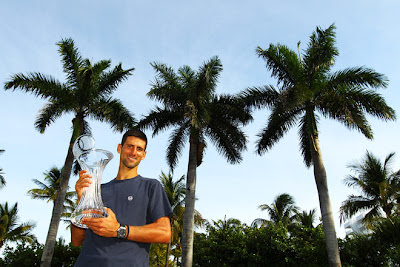 Run through one of the biggest tournaments in the game without dropping a set?

Sure, no problem--or at least that's how it seemed in Miami for Novak Djokovic, who beat Andy Murray in the finals yesterday at the Sony Ericsson Open.

The world number one defended his title, and won his third career Miami crown.

Now it's time to get ready for the clay-court stretch leading up to the French Open, and though it's a different surface and circumstances, the Miami win is sure to give him a lift heading in. And though it's still weeks away before he plays his first match on the dirt, I just have this feeling that barring injury, things should go pretty smooth for him on the surface.

French-Open-winning-smooth? That's something to be determined in the weeks ahead, but if it's anything like Miami was, it could be an easy task.