Will the veterans still have their day on the WTA Tour? 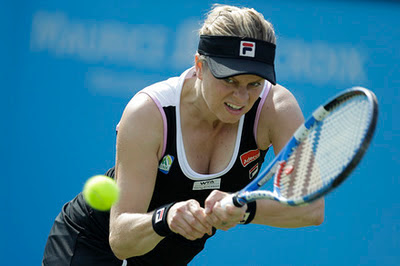 (The offseason of originality—if that's what I'm going to call it—continues!)

It's always said in sports that it's a young man or woman's game: You just hit a certain point and things don't come as easy any more.

Take a look at the top 20 of the rankings and 13 of them are 24 or older with all kinds of experience. Case in point: Maria Sharapova. The world number four won her first Grand Slam singles title at Wimbledon in 2004, which is a bit of a minute ago. Then you have three of the past four Grand Slam winners—Kim Clijsters, Li Na and Sam Stosur—who no one would ever refer to as a "spring chicken" in the world of pro tennis. Add the return of Serena Williams and it kind of makes it hard to envision a youngster finding their place in the game.

Some are, of course, such as reigning Wimbledon champ Petra Kvitova, who's only 21. Anastasia Pavlyuchenkova could also have a big year in '12.

Even though, I guess it's all a matter of players now really coming into their own right around the age of 25. This could all set the stage for the older players to dominate again when it comes to the game's biggest prizes.

And we still don't know how that grand dame Venus Williams will do: That could be more Majors being won by the older contingent!