Hewitt, Schuettler and Clement: still grinding after all these years 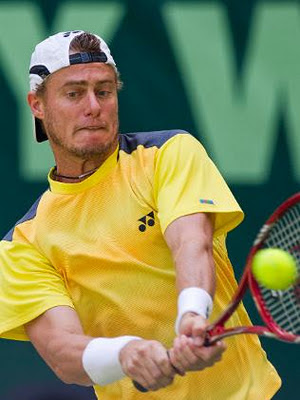 (Yep, I might just skip a recap this year: After all, there's plenty happening during the offseason--at least in my head!)

So, tennis-nut confession: I like to look through the rankings from time to time--and from time to time again--even when there's no tennis anywhere going on. Glancing outside the top 100, I stumbled upon a few familiar names and had this thought:

Why are those guys still playing?

This was triggered after seeing Rainer Schuettler at 132, Arnaud Clement at 153 and Lleyton Hewitt at 186. None of those three would be someone you'd confuse with having an easy time of it on the court as all three won most of their matches--and their millions--with their legs. They're all on the north side of 30 (but younger than me, who's on the south side of 40!), but still showing younger opponents a thing or two, although at a lot-less-frequent pace.

I think it's something to be admired, the work ethic of these guys. Or maybe it's their passion for the game that should be noted. Whatever the case, it's fun watching these "old baseliners" still get out there if it's within their power to do so.

I guess the "grind-it-out" style of play doesn't have such a short shelf life after all!