And just like that, the London field is set 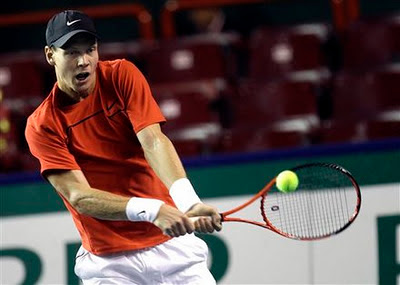 With his win over Janko Tipsarevic in the third round, Berdych helped everything fall into place for the ATP World Tour Finals: He's going in at six, Jo-Wilfried Tsonga will be seven and Mardy Fish is eight, making his YEC debut at the age of 29.

Berdych and Tsonga have each had a pretty solid run this fall, picking up titles to boost their chances. Fish has been slowed recently by injury (and had to retire in his match today against Juan Monaco), but that can't take away from the season he's had. He definitely deserves his spot in the field.

I know I just tabbed Federer as the favorite going in (see prior post below), but those three late qualifiers--if they're healthy--can definitely do some damage on a fast court. Getting out of the round-robin stage will be no easy task for anyone: just what you want to see in a championship event!