Juan Martin del Potro and the road back 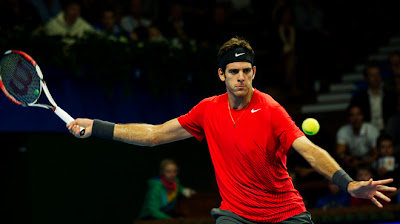 I would say that del Potro, the second seed, has a really good shot at advancing far in the tournament. Then again, you could say that about him at any tournament almost! His comeback season has been pretty remarkable, considering where he came from at the start of the year.

I wonder how much further can he go? Top 10? Back to the top five? Next year's going to be a little bit tricky for him as he'll have tons of points to defend in the first half. His comeback could hit a bit of a snag; it'll be up to him to navigate how far he can take it.

Meanwhile, there's tennis still to be played in '11, and it seems del Potro is out to make the most of it while fighting for one of the final spots at the year-end championship. Recapturing that first-half magic will be key, but del Potro's shown that he always has it in him.