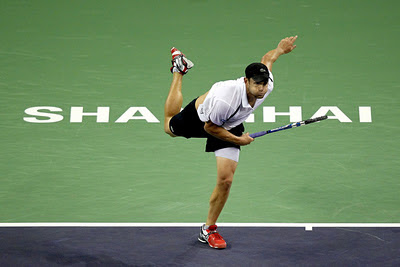 2011 has not worked out like Andy Roddick intended at all. Early-round Slam losses, only one title, a period outside of the top 20 in the rankings ... you name it, it's happened.

And while there's been plenty of talk on the outside that this slide is a harbinger of things to come, I'm not ready to wave the white flag on him yet. Winning two matches in a row over somewhat-decent opponents so far, and a very winnable one ahead in Nicolas Almagro, at this week's Shanghai Masters event indicates that Roddick's form isn't too far off.

Shanghai is one of his last opportunities to do something big for the year, and with two of the top four not even playing, gives him a shot at a decent run through the draw. Advancing can help build momentum for next year.

Sure, Roddick doesn't have the biggest serve or forehand out there anymore, but they're still big enough to do some damage. I think his fate is in his own hands for a little while longer at least, and it's up to him to take advantage of that.