King, Dushevina, Goerges: Who has the Seoul power? 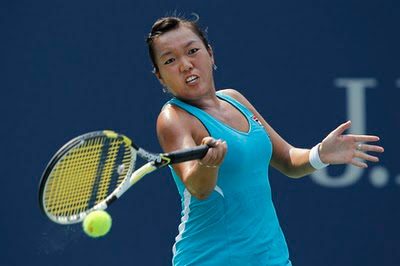 To say it's not one of the biggest events on the WTA tour, the Hansol Korea Open didn't do a bad job with the level of players it attracted: Two top 10 players among the 32 isn't bad.

Too bad those two, Francesca Schiavone and Marion Bartoli didn't make it to the quarters!

But good for the two that pulled off the upsets, Vera Dushevina and Vania King, respectively. They're both pretty young, but it's hard to think of them as up-and-comers because they've been out there forever now it seems. They just haven't made that huge, huge breakthrough in singles yet. Maybe this is the start of that.

That'll be tough task, pulling something off here, though. You still have players like Dominika Cibulkova and Julia Goerges in the draw, both who have made it to the quarters without dropping a set.

Whoever fights through and wins at the end of the week will have pulled off a pretty impressive feat.