Germany and the U.S.: a tale of two nations 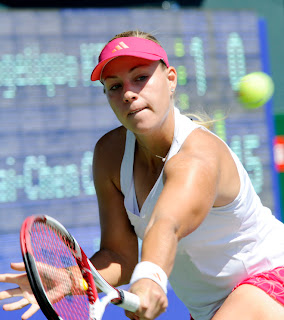 After noticing on Sports Illustrated's Beyond the Baseline Twitter page the other day that U.S. Open semifinalist Angelique Kerber had to play the qualies at this week's Toray Pan Pacific Open in Tokyo due to the ranking cut-off rules, I was going to write something about the success German players are having on the WTA Tour. Aside from Kerber, three others are ranked in the top 50: Andrea Petkovic, Sabine Lisicki and Julia Goerges.

That's not bad by any stretch of the imagination, considering the drought the nation had experienced the past few years when it came to producing top-flight talent.

So as I sat down to get ready to write, I took a glimpse at the U.S.' ranking sitch, only to find Serena Williams all by herself in the top 50.

That's bad by any stretch of the imagination, considering the wealth the nation has experienced over the game's history when it came to producing top-flight talent.

I guess the thing to look at is that the U.S. has very young players, such as Christine McHale, Sloane Stephens and Irina Falconi, who are climbing up and should join Serena soon. However, you can't really think of--or expect--any of them to be "the next Serena," which is a lot of pressure in itself.

That's something that Petkovic, Kerber and the other top Germans have had to endure as their country sought "the next Steffi Graf." The young Americans would do well to follow the paths of their German counterparts in making their country a national powerhouse, too.