A great time for Petra Kvitova—and the WTA, too 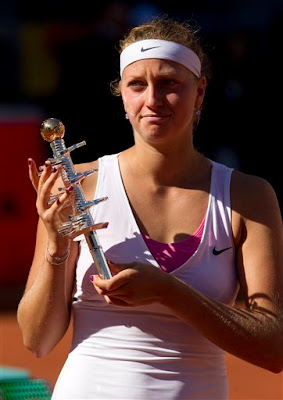 Petra Kvitova's victory at the Madrid Open was an impressive one, not only for herself, but also for the WTA Tour. It's the second week in a row one of the less-heralded players captured one of the Tour's big events, following Julia Goerges' win in Stuttgart.

Those two efforts show that the game is in a good spot right now as far as depth goes. It makes for more interesting viewing when you don't know who's going to win nearly every time out, something the women's game has experienced at times for decades. Hopefully, this current one can contribute to more growth as far as interest goes.

So congrats to Kvitova on a great win—knocking off the hottest player on the planet, Victoria Azarenka—and joining the top 10 as well. I'm sure others such as Goerges will be nipping at your heels soon enough, which the WTA more than likely will appreciate!

You have a nice blog. I was wondering if you were interested in a link exchange? I have a tennis instruction website: http://www.optimumtennis.net