The magical lure of the Olympus U.S. Open Series 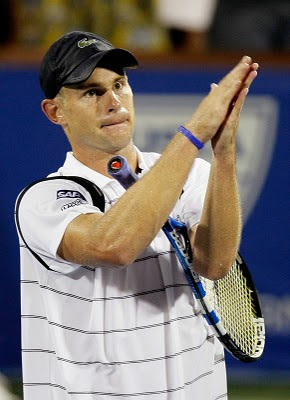 Folks, I've been following tennis a long time. (And you're probably thinking 40, 50 years since no one uses "Folks" anymore! I'm not that old!) I keep up with every tournament on both calendars, just as any other die-hard does.

I have to tell you, though, in all my years (there I go again with one of those aging-myself allusions) I've never been less-enthused with the post-Wimbledon clay-court swing on both tours as I'm this season.

Not to knock the efforts of the players out there fighting for points and paychecks, but I'm all about the hard-court stretch leading up to the U.S. Open, aka the Olympus U.S. Open Series. The first week's about to come to a close with the semifinals in Atlanta today featuring John Isner against Kevin Anderson and Mardy Fish taking on his homey Andy Roddick. Whoever wins the whole shebang, I'll definitely follow their results over the next few weeks, which is the premise behind all sports--developing that rooting interest.

At the not-what-it-once-was German Open, Jurgen Melzer is through to the finals, which is great: I consider myself a Melzer fan. But wouldn't it have been better to see him in Atlanta gearing up for the last Major of the season, after very decent results in his last two?

Anyway, I don't mean to sound like such an Olympus/USTA fanboy: I just think it's a really good thing going on for the game and wanted to acknowledge that--again! (Even though the last time was pretty brief!)

I would like to exchange links with your site www.blogger.com
Is this possible?

I would like to exchange links with your site www.tennistalkanyone.com
Is this possible?